OnFire have been crowned 5 Star Winners of the Best UK Development Marketing category and we’re taking on the world next month.

Last Friday, October 28th, the UK’s premier developers, architects, interior designers and property estate agents gathered at The Lancaster London Hotel, London to find out who would be the winners of the hotly contested UK Property Awards, held in association with Bloomberg Television and Google.

OnFire won the 5 Star Award for Best Development Marketing for our work on Liverpool’s Mann Island for Countryside Properties and Neptune Developments.

The big question now is how well will the UK compete internationally? In a few weeks, we’ll be able to provide the answer, as the 5 Star rating classes us as a top scorer and we’re nominated for the next stage of the competition to take on the world where we’ll compete against other high scoring companies from Asia Pacific, Africa, the Americas, Europe and Arabia. We’re looking forward to taking on the ultimate World’s Best and all will be unveiled when the final results are revealed at London’s Savoy Hotel on December 12th.

Our work for Mann Island has been a labour of love from day one. When OnFire were invited to get involved, the project was not a new brand launch. The scheme had history in a number of ways; whilst it is situated right in the heart of Liverpool’s much-lauded World Heritage site, it had already been marketed and indeed, had generated a lot of publicity – some of it negative. Consisting of two imposing, angular edifices, wrapped in smooth black granite with a public atrium in the middle had already caused a stir, not just in Liverpool, but in the north of England.

Part of the reason was that Mann Island now rubs shoulders with the city’s much loved Three Graces of the Royal Liver Building, The Cunard Building and The Port of Liverpool Building. The fact it is such a modern, some would say futuristic, design probably compounded the controversy.

It was at this time that Peter Vella not only took on his new role as Sales & Marketing Director at Countryside Properties, but also took on the huge responsibility of energising the fortunes of the dramatic, enigmatic form of Mann Island. And so OnFire were set the brief to rebrand one of Liverpool’s most talked about structures.

What we did
OnFire took the additional brief of looking at the scheme from a whole new perspective literally. It was our view that property marketing was suffering from a bad press lately in terms of schemes not delivering on brand promises, being overly design-led, having no substance or, indeed, a combination of all these. So OnFire started at the very structure of the building as the foundation of the brand. Our thinking was that it was already generating its own publicity through its sheer angularity and geometric styling so it made sense to capitalize on that momentum. In our efforts to create a platform for branding based on substance, it was a natural step to talk about perspectives and angles. And of course, we took much of our inspiration from the architect, Broadway Malyan’s original vision, to reconnect Liverpool's city centre to its historic waterfront via a sequence of three stunning new public spaces. They also wanted the scheme to open up access to previously enclosed dockland area.

Brand Strapline
Whilst one of the key aims for us was to make this an aspirational brand, pulling the actual bricks, mortar and granite-like cladding – the very shape of the structure – into the mix, was important to us. This was how the overall strapline was born, with supporting lines talking about new views and different perspectives.

The main positioning of the residential accommodation had to strike a balance. It had to be engaging, inspiring and aspirational, yet had to steer clear of making any overstated claims because such claims would only serve to detract from the credibility of the scheme as a whole and create a negative brand persona for the development.

Therefore OnFire created a positioning that is both aspirational, yet doesn’t make specific claims that Mann Island can never deliver.

This position is embodied in the overall strapline: Life to a greater degree.

Moreover, the specific wording of the strapline (‘to a greater degree’) is intended to sit in harmony with and complement the very shape of the angular building, reinforce the architect’s original vision and provide a solid, robust platform for creative evolution, campaign roll-out and opportunities for discussing and marketing a variety of different benefits.

For example, the line, ‘Life. To a greater degree’ can be easily evolved to the following:

Moreover, the positional line can be evolved and restructured, yet still sit in harmony with the whole brand in the following ways:

In our view and our client’s, this gave us a platform to not only engage a wide audience but to have a solid base from which to not only say many different things to people but also to say new things in the future. In other words, it was important to us to create a positioning which had longevity in a potentially tough marketplace.

Visual Identity
As with all solid brands, the visual identity is not just the logo. Nor does the logo make up the whole of the brand. However, the logo does have a strong rationale and highly considered thinking behind it. With angular corners and a mix of vertical and angled ascenders on ‘Mann’, the logo takes its inspiration from the actual structure of the buildings. This angular shape sits on top of the word ‘Island’ precluded by a simple white line to reflect the architect’s installation of white lighting to make it look as though the building is floating on the water, rather than just by the side of it.

With regard to the whole the visual identity, it has been executed to not only reflect and harmonise with the architect’s smooth black granite finish, but also to create the aura of quality and, to a certain extent, exclusivity. Geometric shapes tessellate in shimmering gloss on the brochure cover; small degree symbols are used throughout executions as a reminder of the angular shape of the building, blacks, silvers and greys, along with spot u.v. finishes added to the quality feel.

Tone of voice
Strange as it could possibly seem, we see the tone of voice as contributing to the overall visual identity. Our tone of voice is aspirational and celebratory – of the building or the city and indeed of the heritage of this site. Headlines, subheads and body copy stretch the greater degree idea several ways with such lines as ‘whichever way you look’, ‘infinite aspects of Liverpool’ and ‘praise comes from all directions’ whilst still remaining true to the initial concept.

The visual identity and the tone of voice work together equally to create the perception and hence, the overall brand identity in the mind of our audience.

History
There can’t be many places in the UK which have such a rich history as this World Heritage site highlighted by The Three Graces of the Royal Liver Building, The Cunard Building and The Port of Liverpool Building, not least because this used to be one of the busiest ports in the world. Not only used as a trading post, Liverpool Docks were the gateway to thousands of emigrants and immigrants on life-changing journeys as well as being the starting point for many great explorations.

Together with Mann Island’s physical structure, the history of the place fed into much of the inspiration for the brand. It’s why degree symbols feature heavily in the brand communications, harking back to plotting courses across continents. The history also played a vital part in the naming of the buildings.

Naming
We took the decision that the name of Mann Island did not require renaming, firstly because it was already established and well-known and secondly, to rename the whole scheme seemed disingenuous and in our view, would have detracted rather than added to the credibility.

However, it was a different matter in terms of naming the individual buildings within the scheme.

The names Latitude and Longitude have obvious connections to the ‘degree’ theme. They also have connections to the very history of the place; the fact that this area has been such an important place on the world map for explorers, traders, emigrants and immigrants.

But more specifically to the residential name, Latitude – this also has another ambiguity that works really well in terms of what it implies as it also means:

The implications of this background to the name and the scope for rolling out this idea for future marketing cannot be overstated as it offers a great deal of flexibility.

The public area which connects the two main buildings was named Equator House. This was an obvious choice as it’s where 0° latitude meets 0° longitude and ‘Equator’ reinforces the area’s ties with a historic and important past.

Brochure
The very size of the brochure represents the big ambitions of the developers and agents behind Mann Island. Along with the stock, finishes and size, the brochure represents a huge investment for the stakeholders. Indeed, the ambitions of the Of™ team for the brochure were such that there were only one or two printers in the whole of the UK who could actually print to the desired specification. The inevitable cost of that print run had to be agreed and signed off by our clients so whilst it’s a measure of the belief everyone had in the brand, we are also aware that to create great branding, you need the client to be onside as much as you need the idea.

Photography
In very much a similar way we had the client’s support on our ideas for the brochure, we needed, and thankfully gained, their support in our aspirations for the photography. It was always our intention to create a look that:

At times, we made ourselves nervous at our own aspirations in gaining the right look. The concept of seeing life from infinite perspectives had to be brought to life through photography – so whilst the creative solution of showing people at incredible angles seemed so simple initially, making it work was harder. We found the perfect photographer and began the process of planning the scenes which would be rolled out in print, online and outdoor over the coming months. Production techniques were key, using a variety of harnesses during the shoot and high-end Photoshop work in the latter stages of the process to create completely unusual images, which still strived to somehow remain natural.

Thanks to Countryside Properties and Neptune
We do realise that our ambitions for Mann Island could never have been realised without the vision, belief and strength of conviction of agents, the developers and all the key stakeholders in the project. Again, we’d like to thank them for their faith in our ideas and aspirations.

And so to London’s Savoy Hotel on December 12th. We can’t wait!
Established 17 years ago, the International Property Awards are the world’s most prestigious property competition and cover residential as well as commercial categories.  Judging is carried out through a meticulous process involving a panel of over 80 experts and covering every aspect of the property business. The judges are not only looking for the most impressive and innovative projects, they are also examining the sustainability and eco-friendliness of every property and development that comes under their scrutiny.

President of the International Property Awards, Stuart Shield, says, “I enjoy having the chance to meet some of the UK’s finest property professionals who, in spite of facing real market challenges, have been able not only to meet them but also to excel over them.” 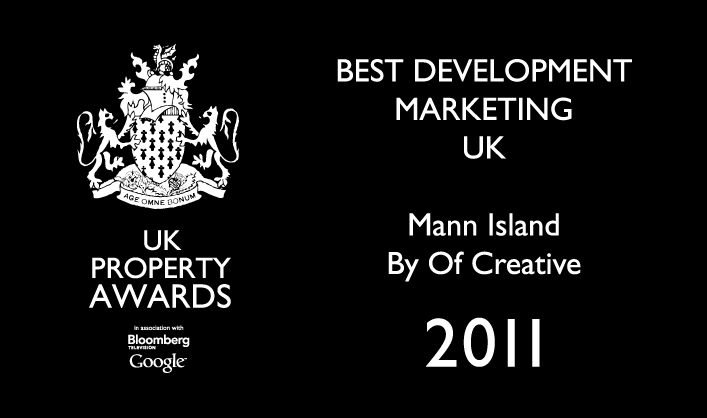 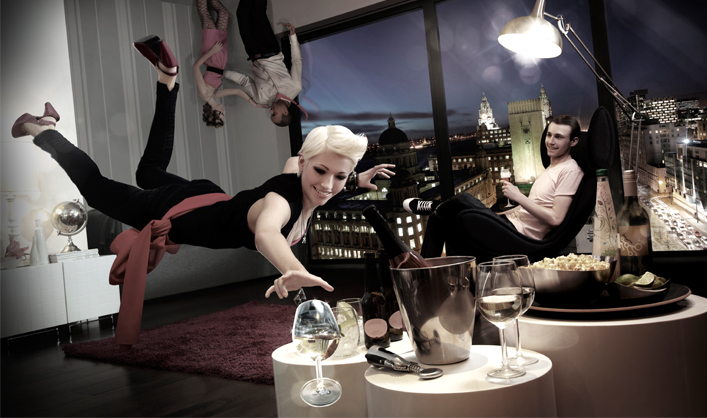 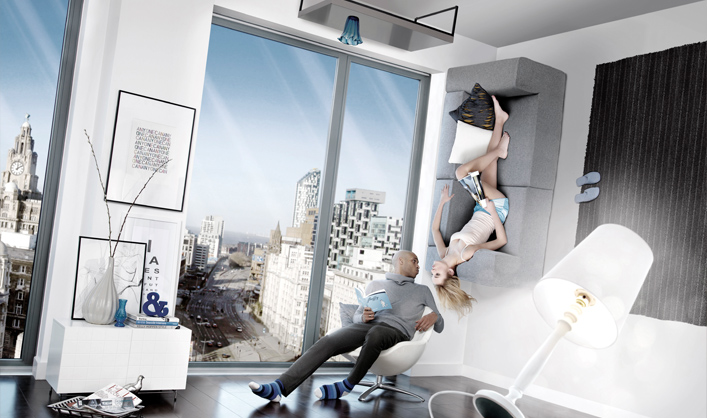 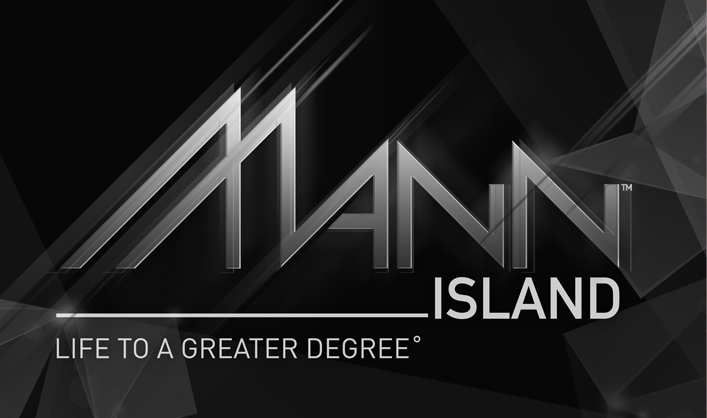 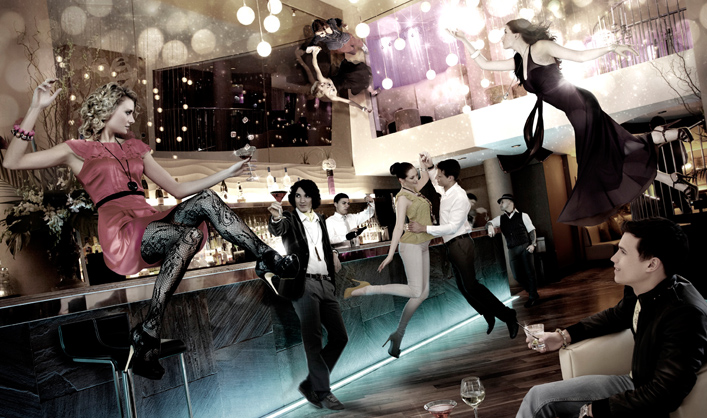